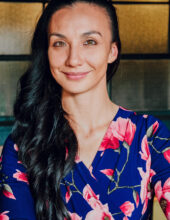 Kiakahi (Kiani) Wong is the President and CEO of Kakaʻako Kasuals, a Native Hawaiian-owned and operated footwear company. Kiani grew up in Honolulu, Hawai’i where she graduated from ‘Iolani School. She moved to Albuquerque to attend the University of New Mexico where she played Division I soccer. After receiving her bachelor’s degree, Kiani attended Missouri State University for her Master’s in Business Administration. Now living in Hawai’i since 2016, Kiani is growing her family’s business by pulling on her colorful experiences living on the mainland and her love for her island home.

Contact Ms. Marjan Houshmand at marjanh@hawaii.edu for more information and to register.